NASF, on behalf of the Against the Current campaign and our many partners, would like to thank all those who supported the struggle to protect wild salmon stocks by signing the petition challenging Iceland’s policy makers to define a strategy for sustainable salmon farming in harmony with nature.

Parliament recently passed new aquaculture legislation recognizing the harmful environmental impacts of open net pen salmon farming and instituting critical improvements in its regulation. The law provides for vastly increased oversight of farming operations and economic incentives for companies wishing to pursue production in closed systems. Most importantly, it created protections shielding scientists and their assessments from political pressure, making it even harder to overrule independent scientific advice when considering applications to expand farms or to open up fjords to farming altogether.

With this law, Parliament has finally acknowledged the validity of the many environmental concerns raised over open net pen salmon farming.  Nonetheless, we continue to believe that no matter how stringent the oversight, there will always be a very real danger of permanent damage to marine life posed by this type of farming. History has already given us a glimpse into the devastation that can be caused by the escapes of Norwegian farmed salmon on native stocks, of the disease and pollution caused by open net pens.

That is why we continue to believe that the only way to prevent disastrous environmental impacts is through closed containment farming in the sea or on land. Protecting nature is the only way to farm in harmony with nature, guaranteeing positive growth and a high quality product distinguishing Iceland from its much larger competitors.

The struggle to safeguard Icelandic nature and Iceland’s wild salmon population is far from over. In the coming months, regulatory agencies will be drafting rules that will form the backbone of the new law, and it is imperative that we remain vigilant and let policy makers know that we are watching. Through your support, we have created a community of those who believe that nature should be given the benefit of the doubt, and we will continue to draw on that support as this fight wages on.

Wild salmon must remain free to safely make their journey to sea and back without additional man-made hazards. Through global warming, increased predation, and fishing, salmon face enough dangers. We cannot allow yet another hazard, open net pens, to stand between them and survival.

Fridleifur E. Gudmundsson
On behalf of the board of NASF IS, we thank you.

How about a 40-pounder? This is your opportunity of a lifetime to fish one of the most famous rivers in Norway. The whole river and only 4 rods!

It’s the International year of the Salmon and the river owner of the famous Aaroy river in Norway, Knut Munthe Olsen, has kindly donated two days of salmon fishing, lodging and food to raise awareness about the situation for the Atlantic Salmon.

These two days of fabulous fishing can be yours!

All you must do, is to donate a minimum of 1.000 NOK to Norske Lakseelver (Norwegian Salmon Rivers) and then you are part of the draw. The draw will take place at the 31/8 2019, so your contribution must be registered with us before that.

Everybody can participate in the draw. The winner will fish with a small group of other dedicated fishermen, so here’s a great opportunity to meet new fishing friends as well. And, you and the group will actually have the whole river to yourselves. No more than 4 rods for the whole river.

About 1840 the first British anglers came to the Aaroy River to enjoy the exciting angling in a very special and spectacular river. Ever since the Aaroy River has held the reputation of being one of the best rivers for sport fishing in the world. Few other rivers than Aaroy can boast salmon over 30 kg. And the big ones are still here. Every year salmons of 15–25 kg is landed during the season.

Aaroy Lodge and the Aaroy River is located only 25 minutes away from Sogndal Airport.

All about the River Aaroy can be found at their homepage.

To participate: Payment by

Mark the tranfer «Aaroy Draw» and your name and email.

Cross your fingers and hope.

The 1th of September you’ll know.

Ten months ago, many of us travelled to Reykjavik to pay tribute to a legendary figure in the world of salmon conservation, Orri Vigfusson.   At the time, we did not yet know what the future of NASF would look like, but we pledged to preserve Orri’s legacy, to protect his life’s work and, in doing so, to continue to work together to fight for the survival of North Atlantic salmon.

I am happy to report that after months of negotiations, we have now secured a 12 year agreement with the Greenland fishermen’s union, KNAPK, to close their commercial salmon fishery.  Thanks to tireless efforts by Orri and more recently by the NASF Iceland board members and our partner in salmon conservation, the Atlantic Salmon Federation (ASF), there will be no commercial netting in Greenland’s mixed-stock fishery starting this August, allowing thousands of fish to return to their natal rivers across the North Atlantic Basin. Just days earlier, the NASF / ASF team also closed a deal with the Faroese fishermen’s union, Laksaskip, ensuring the continuation of a highly valued, decades-long deal banning salmon fishing in that region. 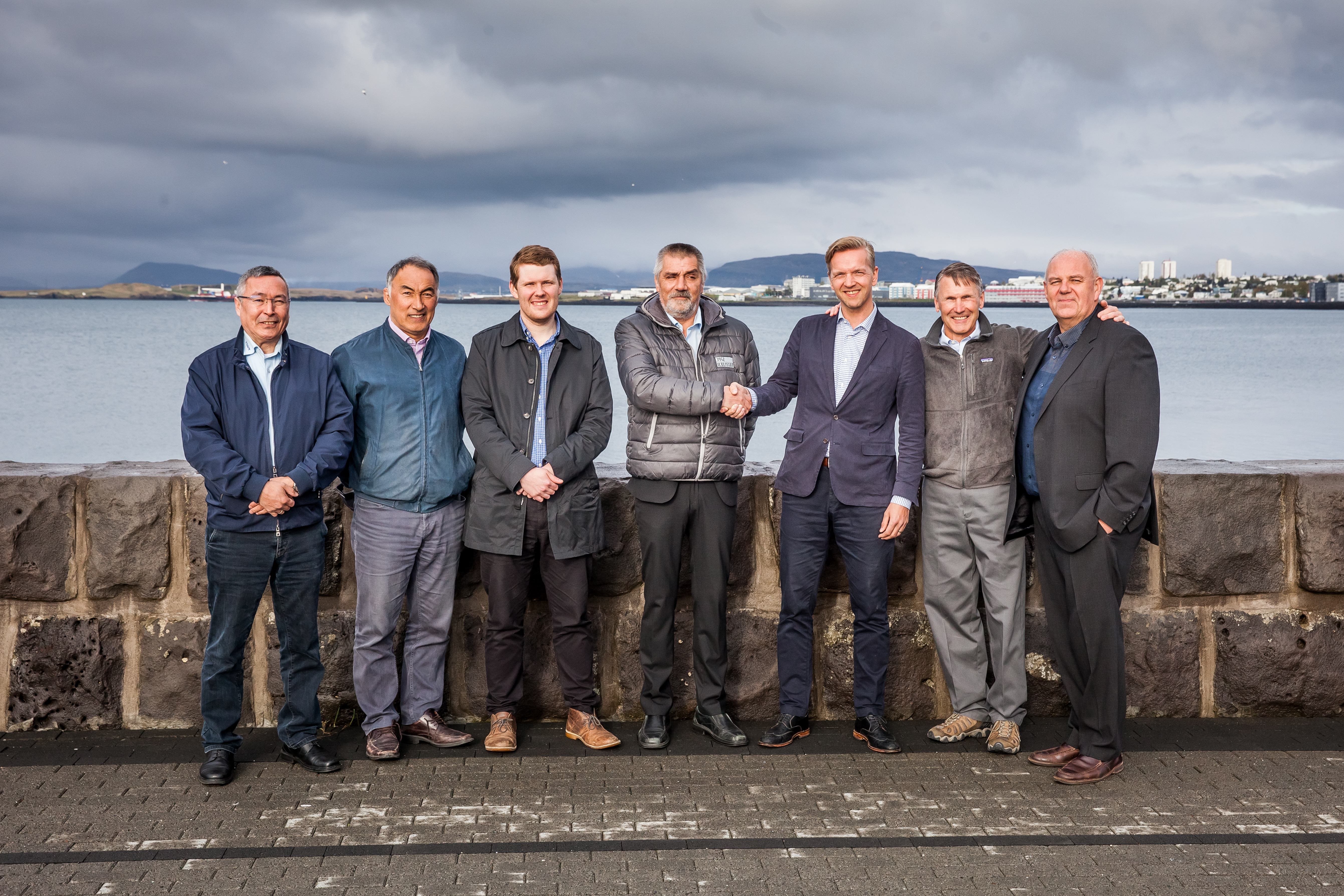 Orri would be proud that we have now agreed to a long-term agreement in Greenland for the first time in history and have extended the 22 year old agreement that he innovated with the Faroe Islands.

These two transactions ensure that increasing numbers of large, adult salmon from all over the Atlantic salmon habitat will spawn in their home rivers starting this August, providing critical population growth for both robust and imperiled stocks. In the case of Greenland, it is the culmination of years of efforts, begun by Orri, aimed at bringing fishermen back to the negotiation table and identifying sustainable economic development projects as alternatives to salmon netting.  In the Faroes, this is a continuation of the agreement that Orri put in place in 1991. 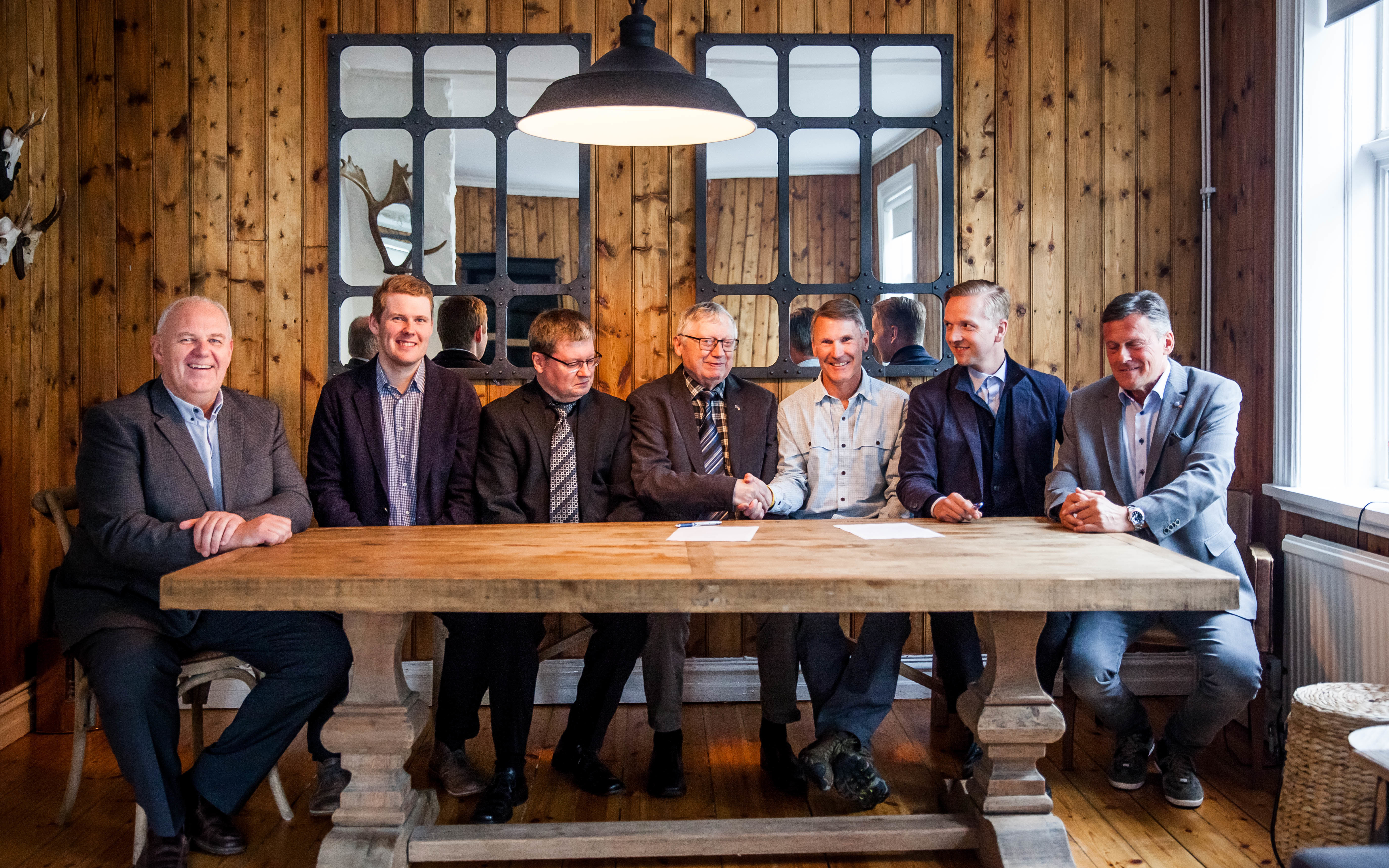 Perhaps most importantly, these deals signify the future of NASF. They demonstrate the unwavering dedication of NASF affiliates on both sides of the Atlantic to work together to continue Orri’s mission.  That was evident this past March, at the first annual Salmon Summit hosted by NASF US, NASF Iceland, and our partners – which many of you attended. Approximately 60 representatives of over 30 NGOs from around the North Atlantic, research institutions, and sustainable industry groups convened in Reykjavik to discuss the state of salmon populations and to strategize a course for supporting remaining stocks. Salmon advocates came together, many for the first time, to discover areas of shared concern and to discuss how we can draw on our unique strengths and areas of expertise to advance the cause.  All Summit participants agreed that the time for in-fighting is over. It is critical for us to band together because the challenges faced by North Atlantic salmon are bigger than ever.

There have been several very powerful media productions that have recently been released to increase public awareness of the plight of the Atlantic salmon.  We were fortunate at the Salmon Summit to screen or preview several. Among them was the groundbreaking Norwegian documentary “Den fantastiske villaksen” (“Salmon Story”), the highly acclaimed Ocean Foundation production “Lost at Sea,”  detailing the research vessel Celtic Explorer and its findings, and a preview of the film “Under the Surface,” which was just released in Reykjavik with the goal of bringing attention to current threats posed by foreign aquaculture industry interests to Iceland’s salmon rivers.

NASF will continue to assist our colleagues in Iceland in this battle against Norwegian companies seeking to expand their fish farming operations into Iceland’s pristine fjords. We will work together with NASF affiliates and other partners in Canada, Norway, Sweden, the UK, Ireland and beyond, to coordinate our resources and to create the architecture necessary to enable collaboration – be it in organizing compelling media to educate policy makers, or in promoting sustainable aquaculture regulatory standards that will safeguard salmon consistently across the North Atlantic region.

I invite you to visit our website at www.northatlanticsalmonfund.org to learn more about what we have been doing.  We’ve included materials from this year’s Salmon Summit here and ask you to save the date for next year’s Summit in Norway on May 9th – 11th, organized by our partners Reddvillaksen.

And please do consider a donation to the Orri Fund, we cannot do this alone.

Thank you to all who attended the 2018 Salmon Summit held in Reykjavik, Iceland on March 22 – 23.  Approximately 60 representatives of over 30 NGOs, research institutions, and sustainable industry groups convened to discuss the state of North Atlantic salmon populations and to strategize a course for supporting remaining stocks.

During the two-day Summit experts from across the North Atlantic Basin provided in-depth updates on these and other issues vital to the species’ survival. Attendees met in breakout sessions to further discuss topics such as country-level advocacy, High Seas buyouts, and regulatory advances in aquaculture. Two films were screened, “Lost at Sea” and “The Salmon Story,” and attendees toured a local land-based aquaculture facility.

Stay tuned for future updates from our partner Reddvillaksen (NASF Norway) on the next Salmon Summit, which will be held in Norway in May of 2019. Please also check out the Reddvillaksen publication about the threats to wild Atlantic salmon, to learn more about their work.